James The Jeweler's Total Page Views For You To See

Everyone though my blog is a jewelry related educational blog, I do post other topics of interest on it too. And at this time I want to inform EVERYONE to stay away from this shady, lying Riverdale tax attorney I have NEVER hired. He was hired by my late mother's executor to represent him against me, within my late mother's estate.

For the record everyone the name of this shady, lying Riverdale tax attorney is Edward. R. Downs Jr. And he's NOT AN ESTATE ATTORNEY he's a SHADY, LYING RIVERDALE TAX ATTORNEY. PRACTICING LAW ANY AND EVERYWHERE HE CAN, JUST TO GET A RETAINER FEE!

Well everyone, I would like for you to review the photos of what i've posted here and you be the ONLINE JUDGE AND JURY. To tell me if you think he KNOWINGLY LIED to the State Bar Of Georgia!

PLEASE BE ADVISED EVERYONE: WHAT I WANT YOU TO SEE IS THE ADDRESS TO WHERE MY 2 INSURANCE SETTLEMENT CHECKS WERE MAILED TO. THAT P.O. BOX ADDRESS BELONGS TO ATTORNEY EDWARD R. DOWNS JR. NOT MY LATE MOTHER'S EXECUTOR NOR ME.

BUT EDWARD R. DOWNS JR. TOLD THE STATE BAR OF GEORGIA HE NEVER DIVERTED ANY INSURANCE PAYMENTS OR CHECKS FOR THE REPAIR OF THE ESTATE HOME AT ANYTIME WHATSOEVER!

WELL MY 2 INSURANCE SETTLEMENT CHECKS WENT TO HIS P.O. BOX ADDRESS. THEN EDWARD R. DOWNS JR. DEPOSITED THEM INTO MY LATE MOTHER'S ESTATE ACCOUNT. HE THEN HAD SOMEONE WRITE A CHECK ON THE ACCOUNT FOR $3620.00 TO THROW EVERYONE OFF.

TO MAKE THESE CHECKS LOOK LIKE A RETAINER FEE TO SUE ME IN THE SUPERIOR COURT OF FULTON COUNTY.

These are the statements I James Pitts made to the State Bar Of Georgia. To get them to investigate attorney Edward R. Downs Jr. but they didn't because I didn't have the Bank Of America Estate bank statements of my late mother to back up my FACTUAL ALLEGATIONS. BUT NOW I DO AND I WILL POST THEM HERE FOR EVERYONE TO SEE!

I James Pitts stated the following:

I reviewed the 4-30-2010 Estate Account check in the amount of $3620.00 that was written to: Ed Downs & Associates, P. C. for his “ALLEGED” retainer deposit and Estate costs. The Bank Of America Estate Account Number is: 334027034958. What I found odd and “FRAUDULENT” is the fact that Edward R. Downs Jr. “ALLEGED” that this Estate Account was “CLOSED BY BANK OF AMERICA FOR LACK OF FUNDS TO DEPOSIT IN SAID ACCOUNT” but yet Edward R. Downs Jr. submitted a 4-30-2010 “UNCASHED” Estate Check to Judge Pinkie Toomer in his January 28, 2011 Sworn Accounting. With no letters from Bank Of America to prove his claim that my late mother's Estate was closed at all.

On April 30, 2010 Edward R. Downs Jr. “WRONGFULLY DIVERTED” $3636.89 to himself from 2 insurance settlement checks that were meant to repair damages to my late mother's home, that I fought for alone. Edward R. Downs Jr. “ALLEGEDLY” used this money to sue me in the Fulton County Courthouse for “BREACH OF CONTRACT."

For many months after this, I did not hear from Mr. Pitts. However, on or about March 18, 2010, Mr. Pitts phoned my office to enquire about his mother’s estate and accounts. Since I was no longer actively representing the legal interests of the Estate. I wrote back to Mr. Pitts on March 19, 2010 informing that he make such inquiries directly to the Executor, James Wilburn. With respect to an “insurance check” he mentioned. I advised him that any check concerning the house should be delivered to the Executor (as the proper Estate representative). My letter dated March 10, 2010 is attached hereto and marked Exhibit D.

After Mr. Pitts’ phone call I advised the Executor about the insurance check mentioned by Mr. Pitts. After several discussions, I understood the anticipated payment was a settlement for alleged incomplete weatherization of the decedent’s home.

The Executor apparently spoke to the insurance company because I later got a call from Larry Dingle, Esq. (on behalf of the weatherization entity) about the check. When we talked, I advised him that the decedent’s estate was being handled by Executor James Wilburn, and that James Pitts was an heir who had failed to carry out his binding promise to make $3000 monthly payments equaling $54,000 which would have gotten him title to the property. I advised that Mr. Pitts, therefore, was not the owner of the home.

Mr. Dingle appreciated the information and said he would cause the entire Probate file to be reviewed so that his principal could have full information about Mr. Pitts’ right to receive any settlement for the weatherization dispute.

Later, payment was made to the Estate rather than to Mr. Pitts. A letter dated April 13, 2010 from Southeast Energy Assistance was accompanied by a check for $2,492.78 that the Executor received in partial settlement of the weatherization claim. This letter is attached hereto and marked Exhibit E.

Below is what attorney Edward R. Downs told the State Bar Of Georgia. Concerning my FACTUAL ALLEGATIONS AGAINST HIM. That he STOLE AND WRONGFULLY DIVERTED MY 2 INSURANCE SETTLEMENT CHECKS TO HIS OWN BANK ACCOUNT.

Rule 1.4: The Estate was always kept informed of material matters in the case. Moreover, there has never been a complaint by the Executor of a failure of communication, even when the Executor went more than a year and did not respond to calls or status communications from this office.

Rule 1.5: All fees charged and secured in the representation have been reasonable insofar as time and labor required, the novelty and difficulty of the questions involved, and the skills requisite to perform the legal service properly.

Rule 1.7: There has never been a violation of any Rule Involving Conflict of Interest in this matter. I never represented James Pitts, nor was there ever a conflict of my interests with the Estate or the Executor. As a matter of fact, I filed a Motion to

Continued on (Page 2 of 4) Withdraw with the Probate Court to allay any conflict of interest issue that might arise between interests of the Estate or of my own.

Rule 3.3: In all matters before every tribunal associated with this representation. I have always been candid and forthcoming in all disclosures and representations.This candor has extended to the Probate Court case, the earlier Superior Court matter, and every instance of interaction with the law.

Mr. Pitts possesses the unique ability to repeat a thing as though it were true, though it has been shown many times over to be false. My office did not divert any insurance payments or checks for the repair of the Estate home at anytime whatsoever. These facts were presented in my response to his complaint two years ago (see my Response dated 3/8/11).

If the totality of my response is reviewed, the Bar will find that Mr. Pitts attempted to pass himself off as the owner of the home, until the improvement company discovered that the home was in an Estate, and that Mr. Pitts has no right to the home or any funds intended to improve the home. Such was uniquely in the right and purview of James Wilburn as the sole, duly appointed Executor of the Estate.These checks were negotiated solely by the Executor (not my office).

There has never been a finding of fact or conclusion of law by either Probate or Superior Court that my representation has ever amounted to “theft” from anyone. These fictions exist only in Mr. Pitts’ reckless and libelous allegations. 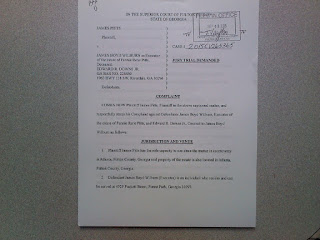 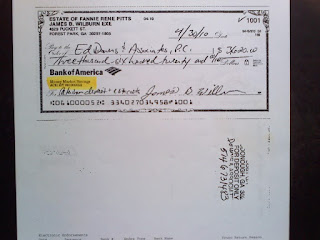 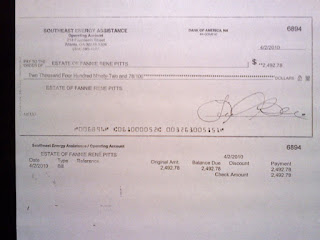 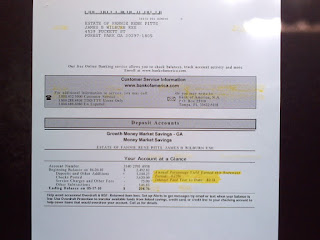 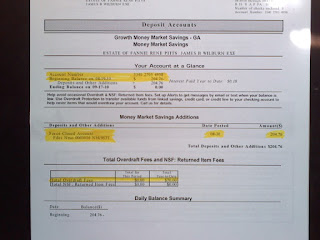 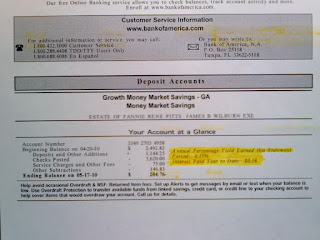 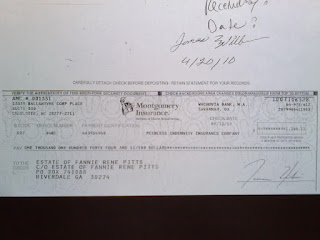 Posted by James Is An Atlanta Jeweler at September 16, 2015 No comments:

Translate My Blog In Your Own Language

James Is An Atlanta Jeweler
I'm a person who doesn't drink, smoke, nor do drugs. I'm single by choice and I truly enjoy being a single man. I don't allow anyone to put labels on me in any way, I don't need anyone to validate the man I am to myself, nor to the general public. I don't go to nightclubs, instead I prefer upscale restaurants to spend my time in. I respect myself as well as my business, i'll never do anything to jeopardize my business nor my professional lifestyle.

James The Jeweler's Other Informative Sites

James The Jeweler's Followers Thank You All